Knowing When to Admit Defeat

Okay, maybe defeat sounds a bit extremist. Perhaps the better title for this post would be "Knowing When to Change Tactics." After auditioning a few different free motion patterns I decided on this scroll-work pattern:

Try as I might, I couldn't reproduce this pattern without marking it out. Okay, I could roll with that. Then came the road block. No matter what I used, nothing would show up on that metallic fabric. I tried disappearing marker, frixion pens, chalk, white fabric pencil, and soap slivers. Just couldn't see the markings well enough in order to quilt it. I was almost ready to scrap this pattern and opt for straight line quilting when I remembered reading about Glad Press'n Seal. 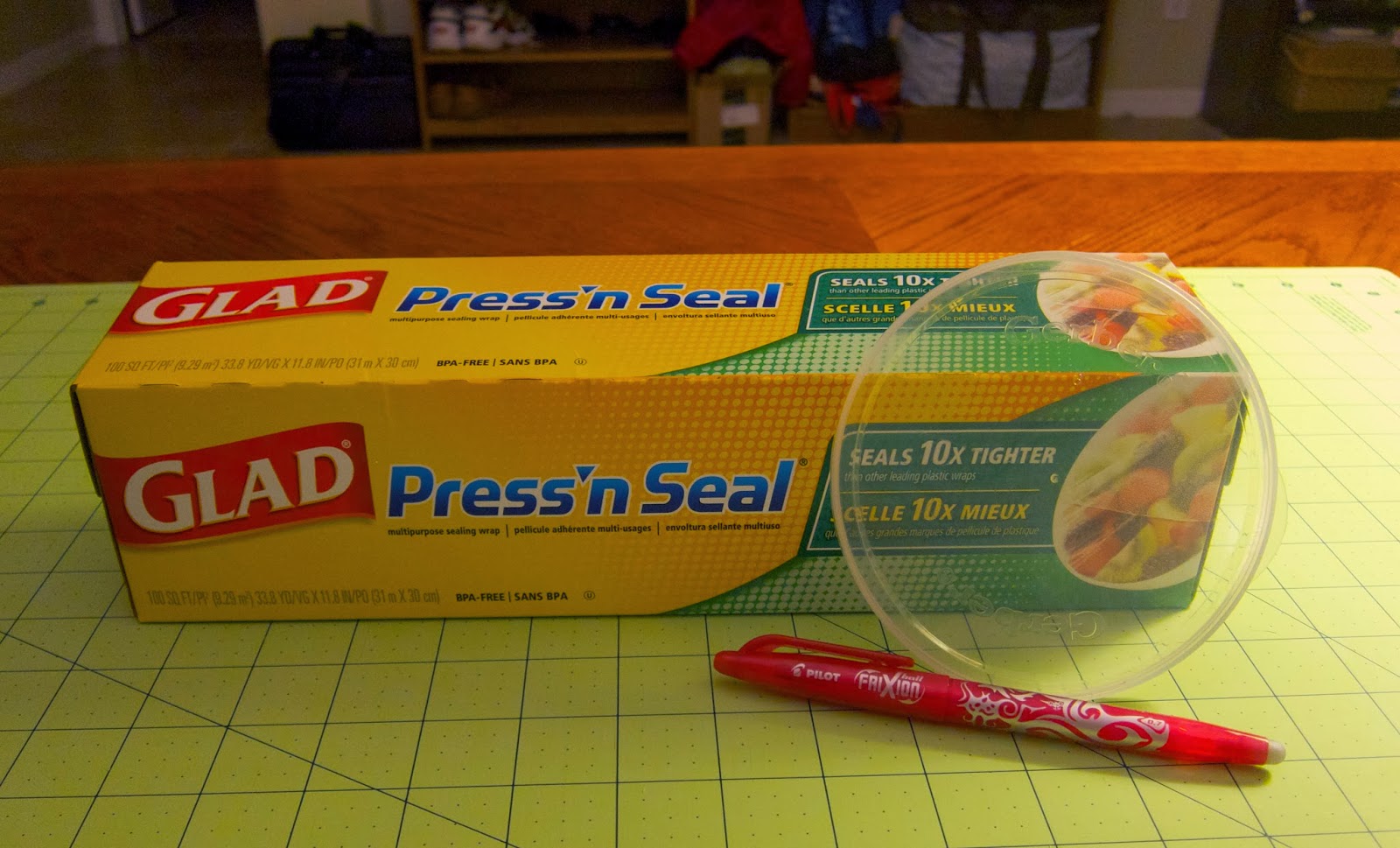 Besides being a great tool to audition what a pattern will look like on a quilt top before using thread, did you know that you can actually quilt right through Press'n Seal? I did a search online and found some other quilters who've done it with great success. The main concerns that I'd read were the possibility of your pen markings transferring to fabric and removing the press'n seal from corners. I tested out a few different marking tools to see what worked best and opted for a bright pink frixion pen. It dried quickly and I could even wipe it away with a damp paper towel if I needed to re-mark something.

After trying it out on a section of my quilt I felt that this was the best route to go. Yes, it was a little tricky removing the wrap from the corners of the quilting but nothing that bad. You just have to take your time. It's similar to removing paper-piecing but since there's a bit of stretch to this stuff, you have to be a bit gentler with your stitches. I had no issues with any of the pen markings transferring to my fabric. I don't think I could have seen it on the blue fabric but it would have easily shown up on the yellow cornerstones. Here's what it looked like before I removed the wrap: 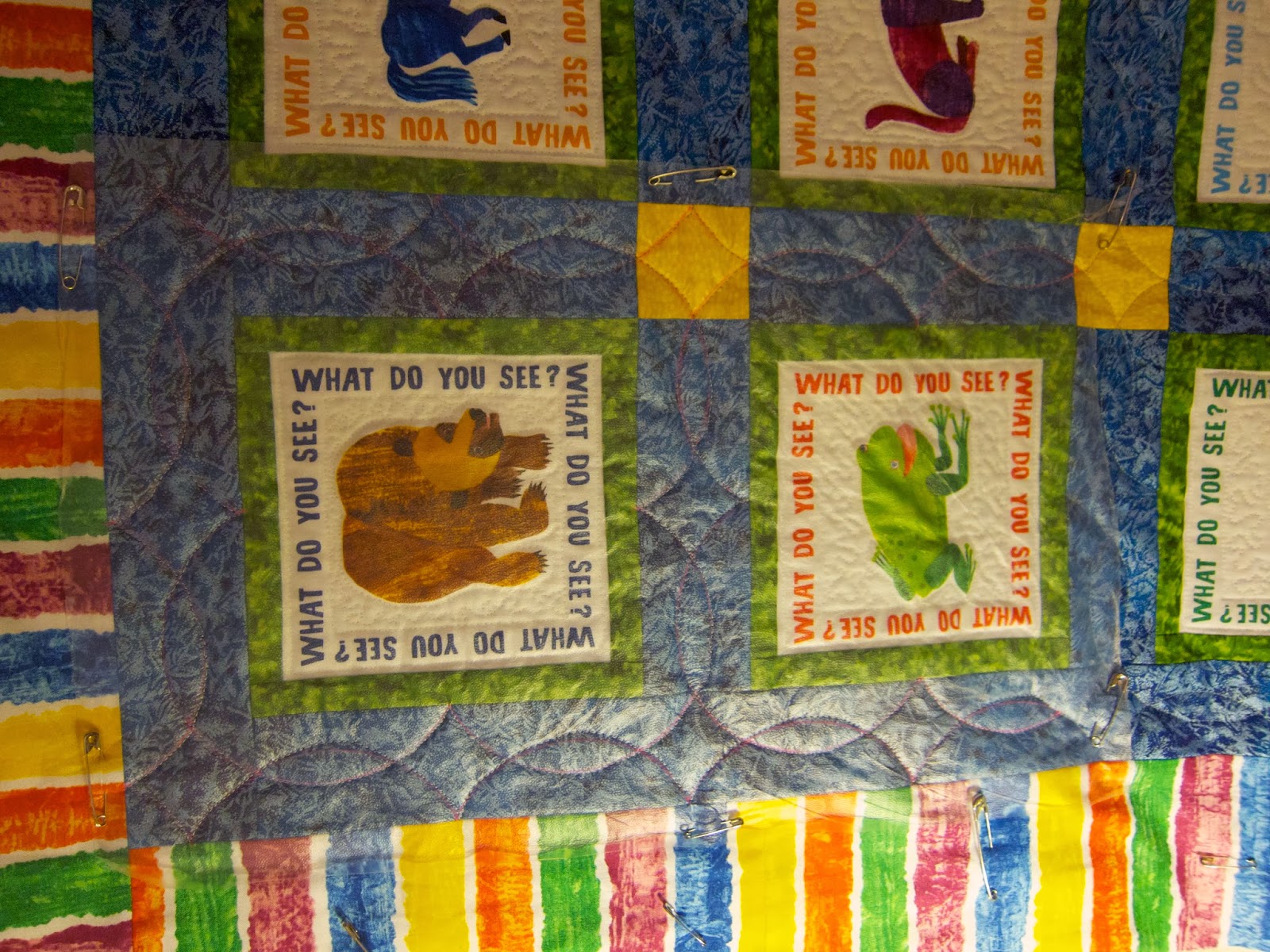 I was going to add the figure eight portion of the design free hand but I think it might be too busy so I'm going to leave it as it is. Now all I have left to do is the striped border. In keeping with the more simplistic theme, I'm going to quilt piano keys about every 2nd stripe and put a feather in each of the square corners. With any luck, I'll have this finished and bound in a few days!