It's About Time (a long overdue crafty update)

Finding the time to get all the things that I want to do has been increasingly difficult over the last month. With new house stuff like organizing, coordinating with the builder to fix various issues, school stuff and therapies, my sewing and crafting time has been very limited. Not to mention getting on the computer for blogging and leisure surfing. Throw in 2 mini vacations - one on the Disney Dream, complete with crafty gifts and having my sewing machine in the repair shop for its annual tune-up, and I'm lucky I survived!

I've given up on catching up on all of the blogs I read. I had to just purge the entire list and start over. Hopefully I didn't miss out on too much. The least I can do is catch you up on a few of my adventures. First up is my fish extender that I made for our Disney cruise. 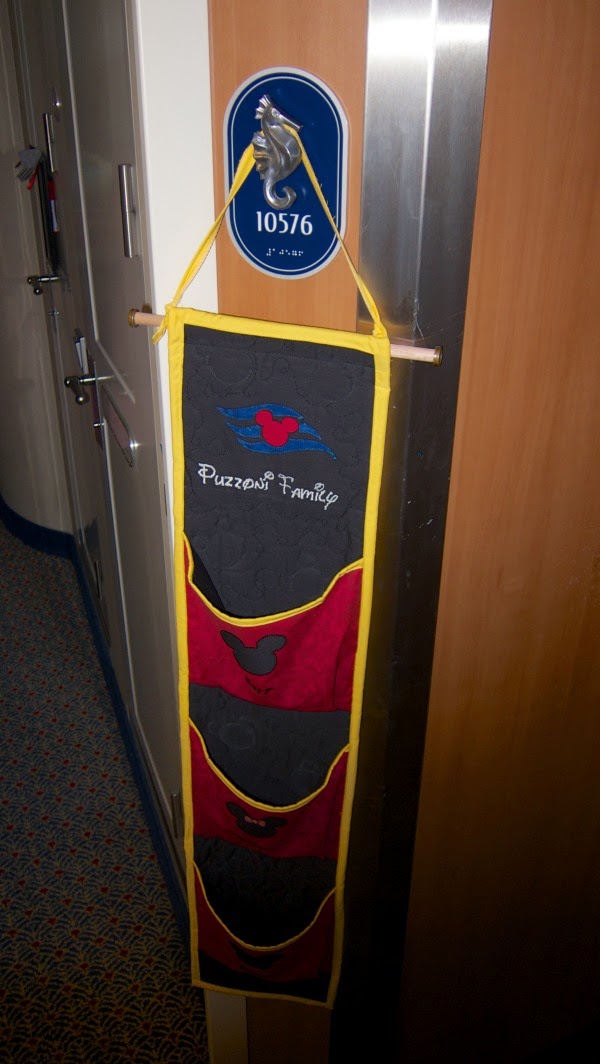 I kept the concept simple but had a few challenges. The first being my choice of fabric. I went the cheap route and used broadcloth instead of quilting cotton. That was my first mistake. I'd never worked with it before and should have tested a bit of it before jumping into a project. It frayed a lot and when it came to doing a tight satin stitch on top of it, it tended to get caught in the feed dogs. The other challenge that I had was recreating the Walt Disney font and the cruise line logo. I have a Baby Lock Symphony machine. It's a quilting machine but not an embroidery machine so I did everything the old fashioned way using zigzag for the lettering and applique for the cruise line logo and the Mickey/Minnie silhouettes. I wish my cruise logo turned out better. I hadn't realized that 2 sheets of my fusible webbing stuck together until I went to fuse those tiny waves onto black fabric. It looks a bit messy close up but I wasn't about to start over so it is what it is. 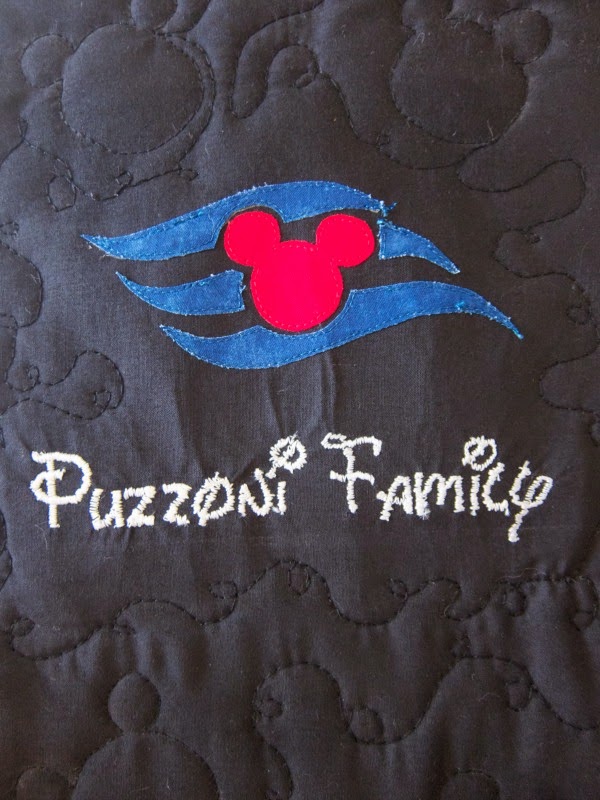 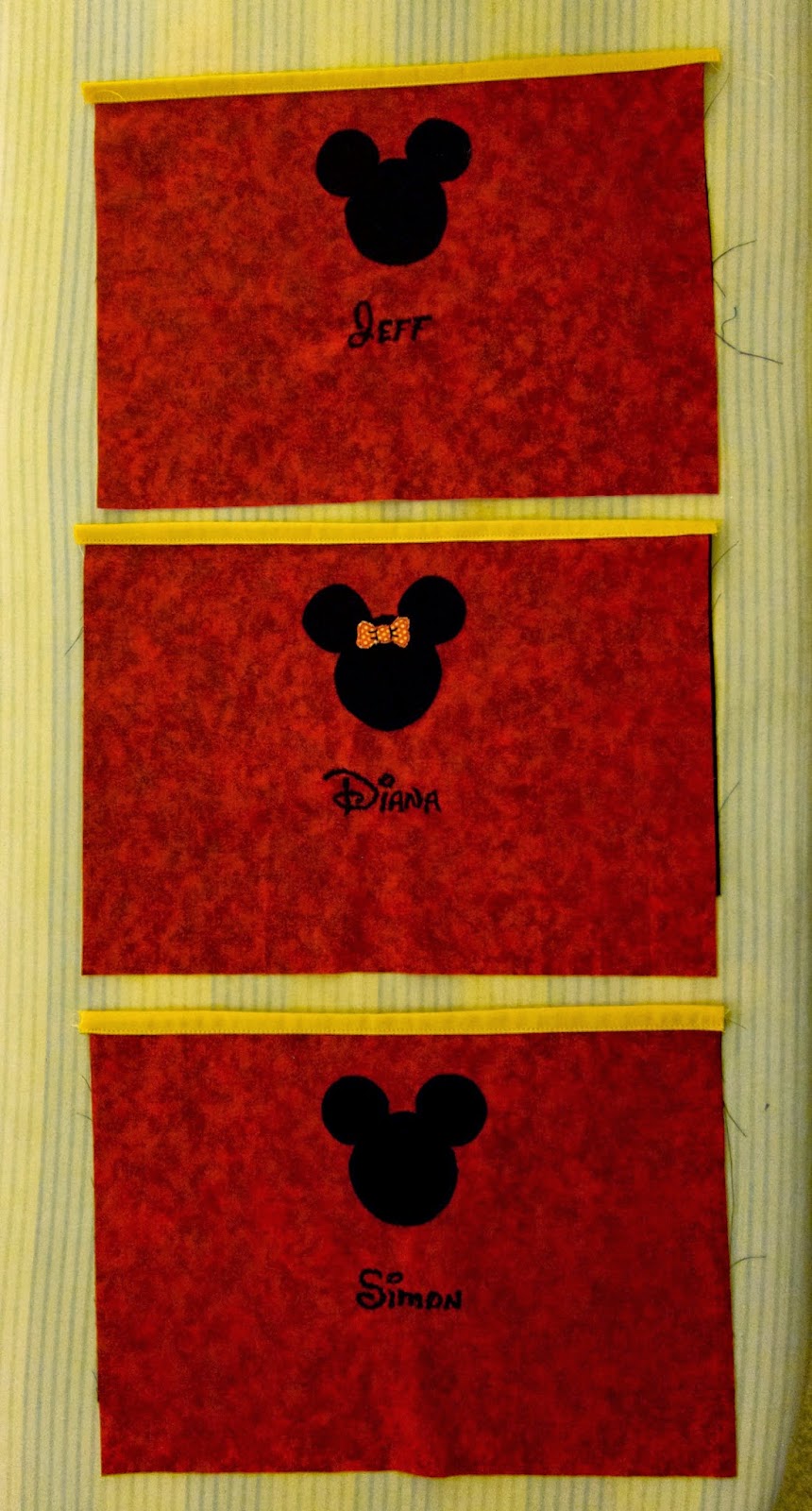 As I'd mentioned in an earlier post, I made a bunch of coasters as gifts for those participating in the gift exchange but there ended up being some late additions. I didn't have enough time to make more coasters since they take 3 weeks to fully dry and cure so I decided to whip together some luggage handle covers. 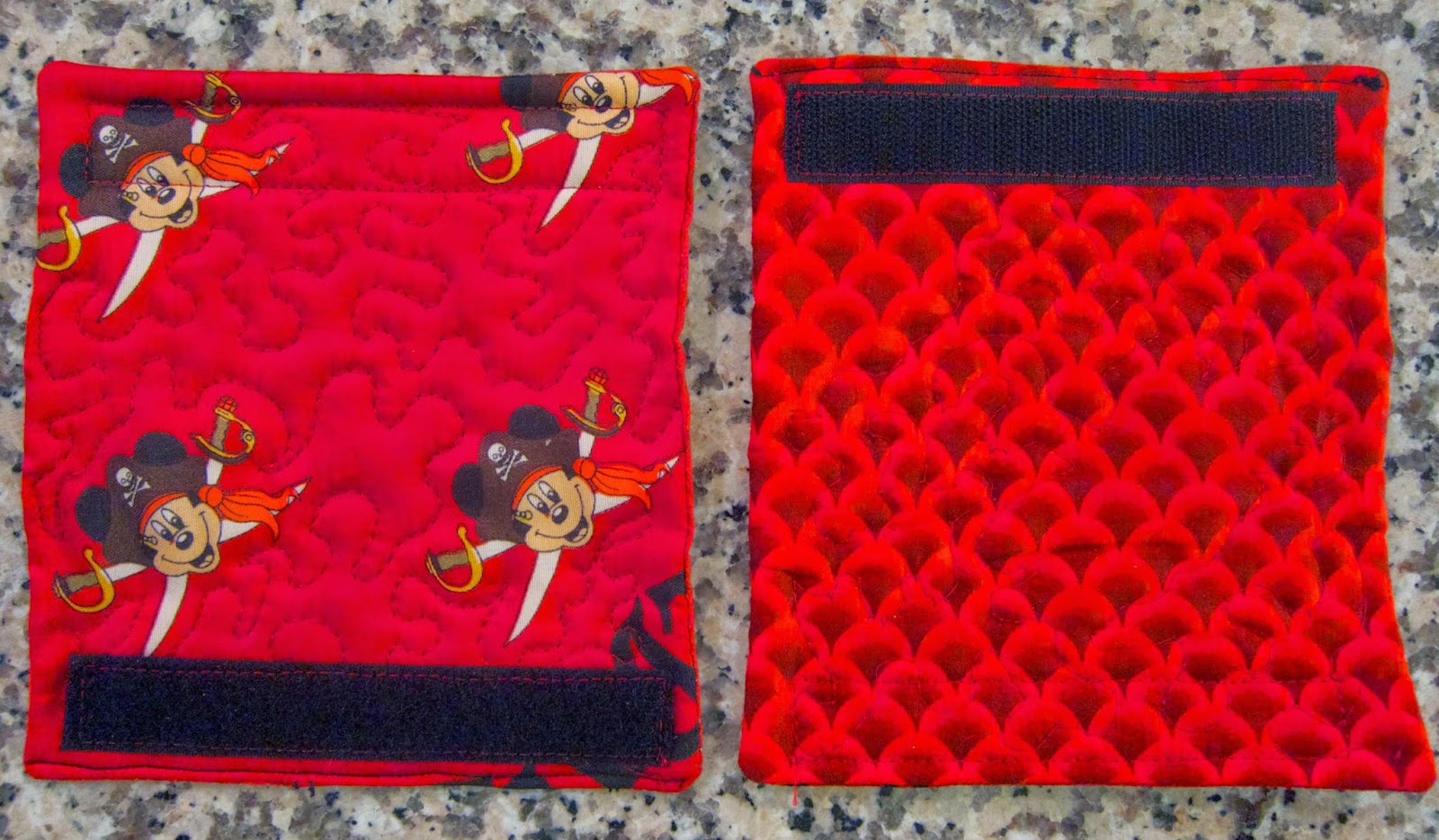 You place them on your luggage to make it easier to find on the baggage carousel in the sea of black suitcases. They're a great use of scraps and come together quickly. Even quicker if you don't bother quilting them first. This one was made using a pirate bandana that I got from a previous Disney cruise. 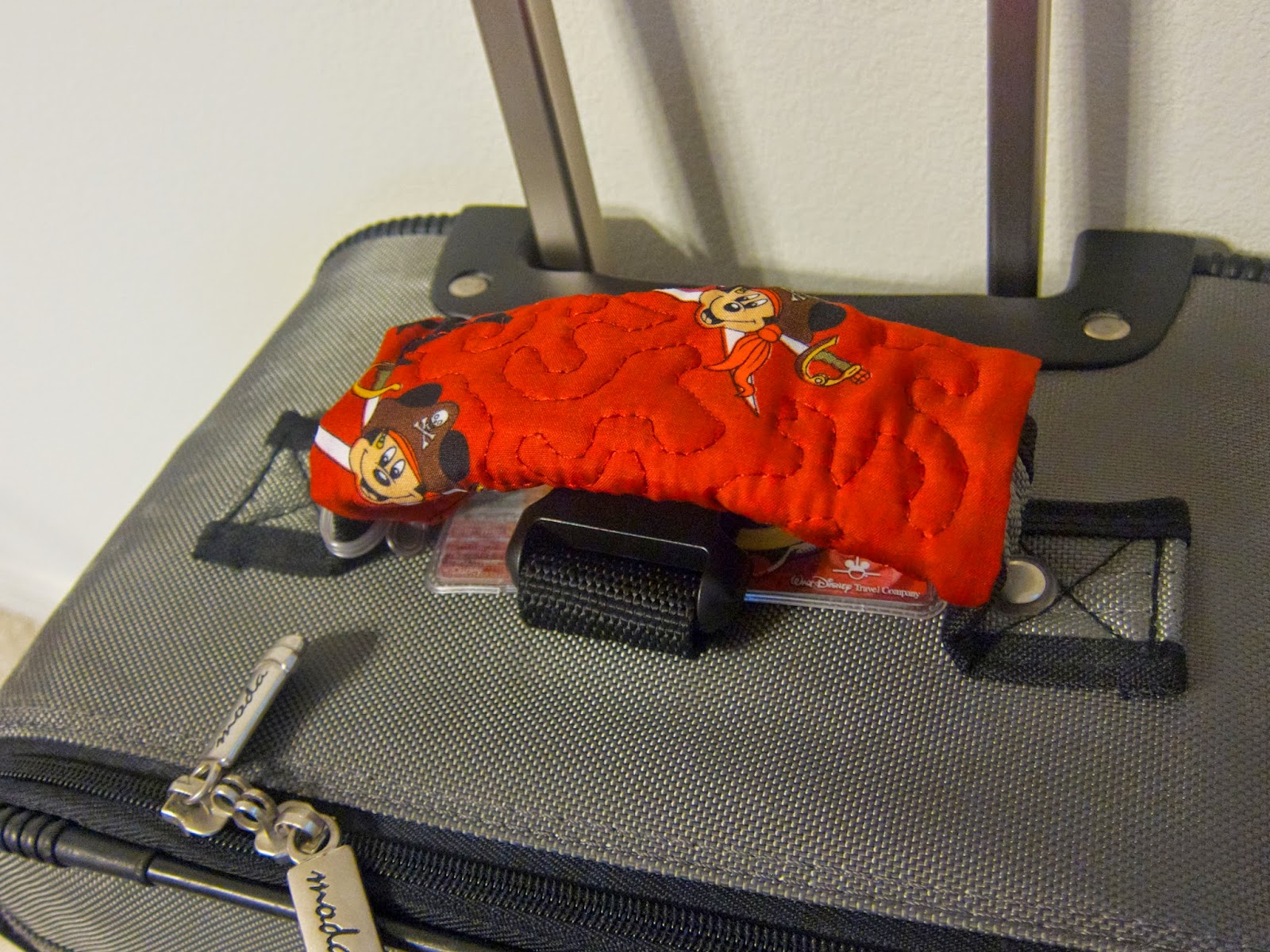 That's about all at the moment. Now that I'm done with all the cruise craftiness I can get back to my other WIPs and start some new projects. So happy to not have any more deadlines for a while.