Figuring Out What Works For You 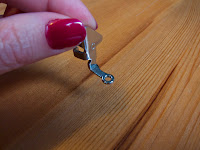 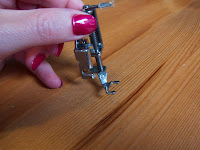 The manual mentioned that the open-toed one should be used with uneven fabric so when I started playing around I used the one on the left. I took a free motion class from Craftsy and they mentioned using the "hopper" foot so I gave the foot on the right a try but immediately hated it and switched back to the closed foot. I used that foot for the first quilt that I made my son which included stippling, stars, and swirls.

Earlier this summer I took my first in-person all day quilting workshop and the instructor strongly encouraged that I get comfortable using the open-toed foot since it's better for visibility. Despite not liking it, I stuck with it for the entire class and all of my free motion projects have since been used with the hopper foot.

As you know, I've been working on quilting feather wreaths. But the more I practiced the worse I seemed to get. My earlier attempt that I posted a few days ago looked MUCH better than any of the others I'd done since. I think it was a fluke but whatever the reason, it was making me frustrated. Then I remember how much easier it seemed when I was working on my son's quilt. There were only 2 differences - thread and the quilting foot. I'm using Isacord polyester thread this time around which I like better than the Superior King Tut variegated thread. Hmmm... maybe if I go back to the smaller closed free motion quilting foot... SUCCESS! I feel like the fabric moves around too much with the hopper foot and it makes it harder for me to keep my stitches smooth and to see what I'm doing. It's definitely taught me that despite what others say I should do, I have to do what works for me.

Here's how it turned out. I've included both front and back views since it's a bit hard to see since the thread is blending in (and yes, you can see a bit of my frixion pen markings for the circle on the front, I still need to iron it). 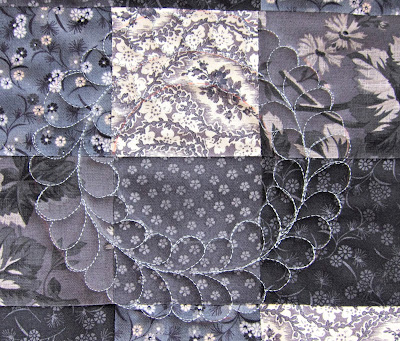 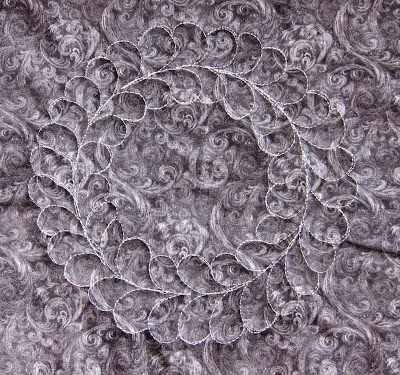