I'm so pleased with how this project turned out, I can't help but smile every time I see it. Was it a challenge? Absolutely! Toward the end, I thought I might not make it given the fact that I broke 2 needles in 2 days but perseverance won out. 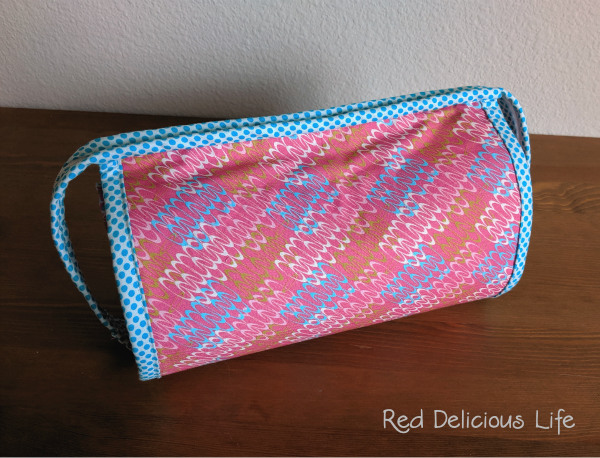 I think my biggest struggle was with some of the pattern instructions being a bit vague. For example, there is a pattern piece that you trace for the sides. It states to cut out 4 but it fails to mention that you need to have 2 going in one direction and then flip the other 2 to go in the other direction. Luckily I figured it out before cutting but that could have been a costly mistake. While the pattern has some good pictures, there are other parts (toward the end of construction) that don't show any photos for clarification. The pattern creator has several video tutorials for this bag but they aren't free and you have to pay to access them which I wasn't overly thrilled about (and refused to purchase).

I'm definitely not afraid of zippers anymore. I quite like how they all turned out but more than once I accidentally pulled the zipper pull off and then had to struggle to get it back on. 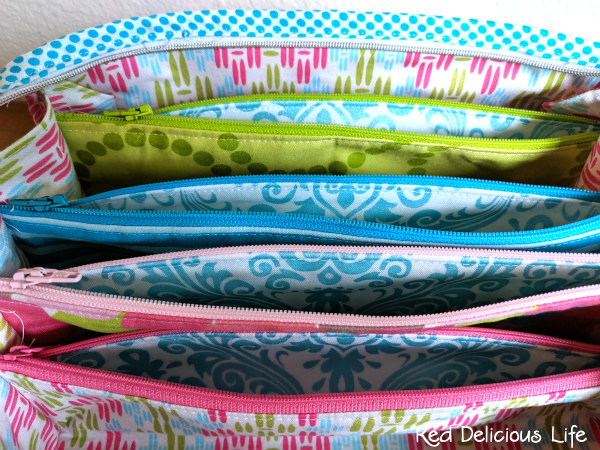 When deciding to make a bag like this, I was debating between this pattern and the Sew Together Bag pattern. I ultimately decided on the Bionic bag because it had one more compartment and was a bit bigger. Ya know - more bang for the buck. But in hindsight, I think the Sew Together bag would have been a bit easier because it doesn't have the curved back and the different size zipper pouches. You can also see how the front has a wider opening that lays flat. 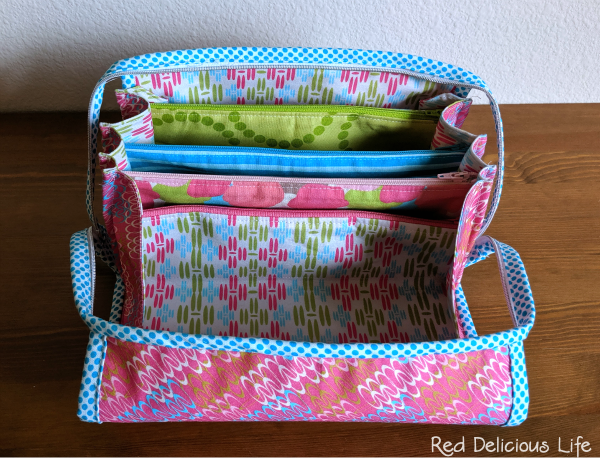 I think I might use this one for traveling to carry toiletries. I want to make another one and try my hand at altering this pattern to be more like the Sew Together Bag now that I know what I'm doing. Until I get around to doing that, I look forward to using this in a few weeks when we go on vacation.