Make A Mini, Make a Friend

I decided to participate in the Modern Quilt Guild's second ever mini swap. I was disappointed that I missed the first one they did last year. It would have been fun to have swapped with someone at QuiltCon while I was there. That's why I made sure to jump on the chance to participate when they decided to do it again, even though I won't be in Pasadena for QuiltCon this year.

I had a really hard time deciding what to make for my swap partner. She wasn't active on Instagram and doesn't have a blog, so the only thing I really had to use for inspiration was the information sheet that was filled out. She noted that she liked the Seattle Seahawks and butterflies. My original thought was to make a mini of the Seahawks logo using the scrappy appliqué method that Shannon Brinkley teaches but I just didn't feel it was the right thing. That's when I got the idea to make a butterfly mini. After searching the web for a while I found the Take Wing pattern by Nicole at Lillyella Stitchery.


I knew it would be a lot of work but it would be worth it in the end, and boy was I right! I absolutely love how it turned out. Now I'll be honest with you. Those beautiful oranges and reds aren't the colors I started with. Here is my original fabric pull: 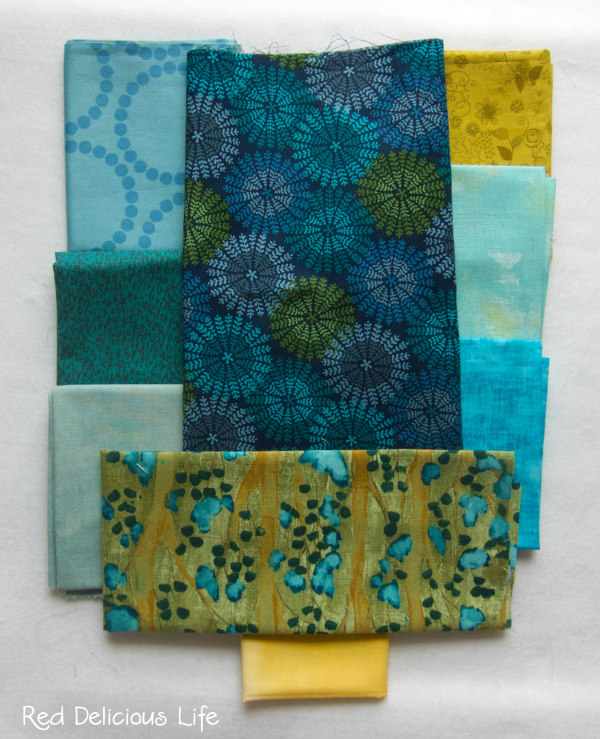 I even went so far as to get the half of it sewn when I went back and looked at her likes and realized that she specified Monarch butterflies so I set this one aside and started over. But I'm okay with that because I loved this one so much that I plan on keeping it for myself. I just have to finish it and not get sidetracked.