{Alternate Post Title: Why I'll Never Be A Quilt Designer}

So I've been working on making my oldest niece a quilt. She'll be 15 in less than a week but I remember the day she was born like it was yesterday. Her favorite color is pink and a while back I made an impulse buy of a layer cake by Stella called Flirt. I showed her a photo of the fabric and she loved it and we decided to pair it with solid gray. Coming up with a pattern proved to be more difficult than I anticipated. Every layer cake friendly pattern I found required more 10-inch squares than I had. This layer cake only comes with 18 squares. So I played around in EQ7 to figure out a layout that I liked and decided upon this: 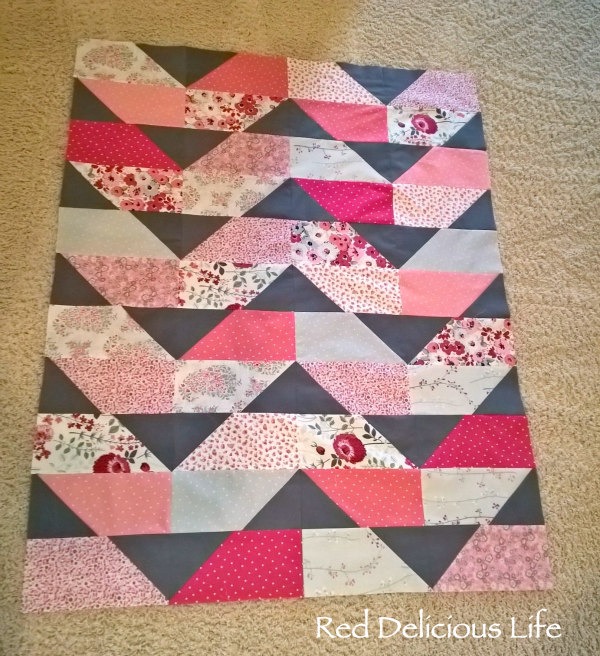 After I constructed all of the blocks and decided on this layout I realized that I constructed too many with the gray corner in the wrong place. That was error #1. To correct it, I purchased 2 different fat quarters that I thought would coordinate well and made a few more blocks. But it was barely big enough for a baby blanket and I wanted it to be bigger. I had a slew of leftover half square triangles so I tried to figure out how I could incorporate those into the design. 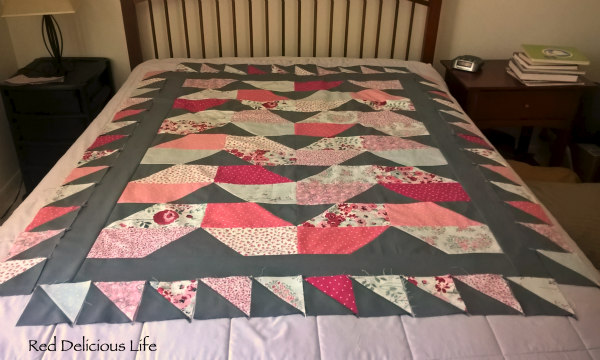 I decided to add a solid border and then a houndstooth border with all of the HSTs, with a solid square of gray in each of the corners. Of course, if I could actually do math, I would have realized that I made my gray border too small for that idea to work. So I found yet another fabric from my stash and made a few more HSTs so that they would go all the way around the border like this: 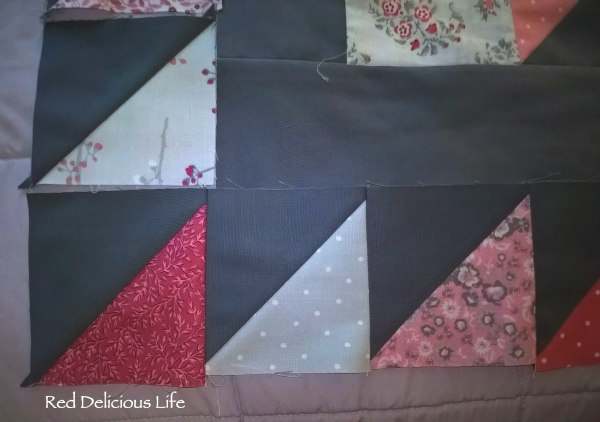 Enter my next math error - the gray border is too big for this new idea to work because I'm just a bit to short at the other end: 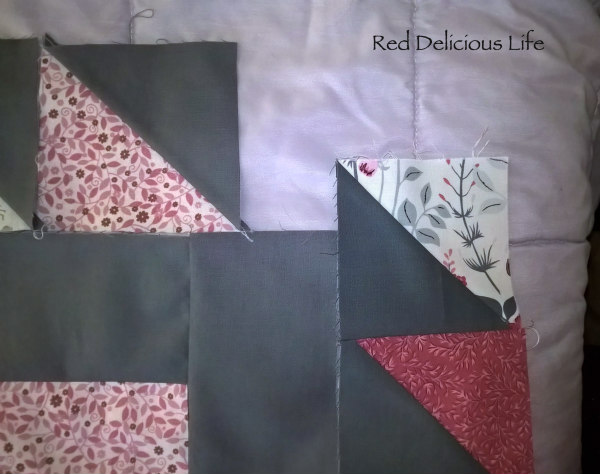 GRRRRRRR..... I WILL MAKE THIS WORK SOMEHOW.

I've only pieced together one side of the houndstooth border. I'm going to piece together the opposite side with the exact same number of squares as well as a 3rd side to determine how many squares I'll need to connect both of the sides. I have a feeling I will end up trimming down the gray border to make all those blocks to work.

But there you have it in a nutshell - if I could do math, I might not be in this predicament. And it's also why you won't see me designing a full quilt with complicated borders.