Hey You! Give Me Back My Mojo!

I don't know where it went but I've officially misplaced my sewing mojo. Either that or someone stole it when I wasn't looking. I have various projects that I need to finish up and new ones that need to be started but I'm just in a sewing rut. When school started up again, I couldn't get into my sewing room fast enough. Maybe I went at it too hard. I don't know. It's not that I don't want to sew but I keep hitting little roadblocks, and then a lack of motivation sets in. I'm not sure how to quilt my A4A top, I've run out of my sashing fabric for my pinwheel quilt, and I don't want to start another large project until I finish at least one of these first.

Also, Halloween is fast approaching and that means I need to work on a costume for my son. Given some of his sensory issues, he won't wear a costume if it feels too much like a costume. Plus, I much prefer the idea of making a costume than just buying one off the rack of a discount store. Last year he went as a pirate and the year before that he was a sheep. That sheep costume is still my favorite (you should have seen that adorable tail in the back!). 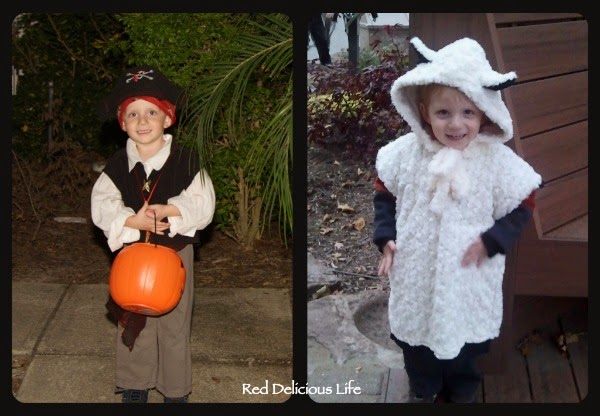 This year he wants to be Kermit the Frog. It actually should be a pretty easy project consisting mainly of a green sweatshirt, green pants, and some crafty accessories. I've got 90% of what I need already so hopefully my mojo will come back just long enough for me to put it all together.