When Life Gives You Lemons...

... well, you know the saying. But I'll be honest with you, the lemons have been piling up in our house without any lemonade in sight. And man, do I love me some homemade lemonade.
[DISCLAIMER: feel free to jump to the end to see what little I've been sewing all month. This next section is NOT quilting related]

I've noticed a trend over the last few years with January being less than ideal in our house and this year was no exception. Between my son and I, it's been awful. First, my son was sick, fighting pneumonia. Then I had some headache issues again. Next up was some more neuro-psych testing for him for an ADHD diagnosis. That came back positive which wasn't a huge shock since it often goes hand-in-hand with autism, but there is also some big red flags for a learning disability which we now need to start testing for and we also need to start expressive language therapy. The icing on the cake, however, was the urinary tract infection that I got while on our Disney cruise this past weekend that has now spread to my kidney (along with a possible kidney stone). These 2 things are listed as possible side effects of the medication that I take for my migraines. I just can't catch a break. So either my kidney pain will either subside with the meds or will get worse in the next day (indicating a stone) at which time I will go in for an x-ray or CT scan to confirm. Lucky me!

Needless to say, I've done very little sewing, very little blogging, and even less reading of my favorite blogs. In fact, I've had to take a deep breath and click on that little button on my reader that says "MARK ALL AS READ." You have no idea how much it pains me to do that, but there was no way I was ever going to catch up, so let me apologize now if you think I've been ignoring you!

Okay, so here is what I managed to sew this month. I made 2 blocks for myself - a bubble block and a dutch windmill block: 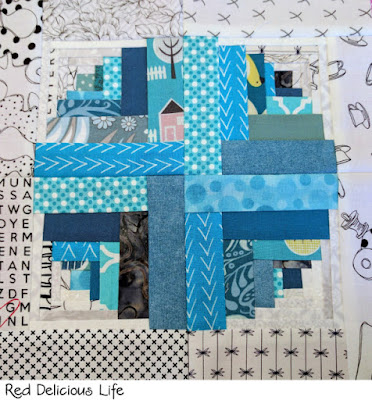 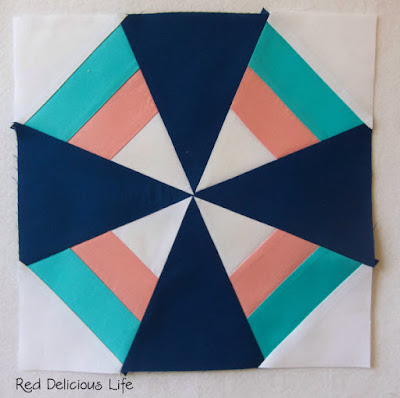 I also made some progress on the getting the Aspen Frost Jubilee blocks put together.  Having my design wall next to a window is sometimes less than ideal for photos, but this was the best I could get: 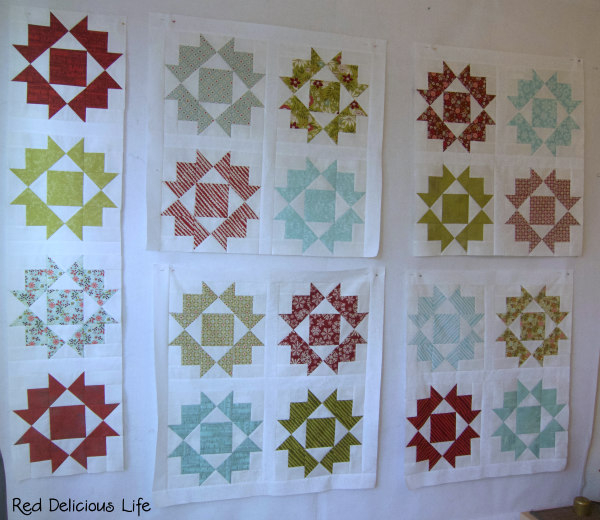 Even though I missed setting an official goal for February, I still need to get my son's BB-8 quilt finished. Despite my best efforts to get it done, it proved to be too big for me to baste at home. I really, really hope to get some outside help in getting in basted on a long arm so that I can quilt it on my DSM.

That's all for now. Time to get better.