We Interrupt This Quilting Blog...

Okay, this isn't really a quilting post but I was too excited not to share it. As you know, the shootings at the Pulse nightclub in Orlando has really hit our community hard but it's definitely proven how strong a city can be in overcoming such a horrific tragedy.

My very own workplace, The Dr. Phillips Center for the Performing Arts, has also played a part in the efforts. If you've seen any photos or video footage of the first vigil and the memorials notes, posters, and flowers that people have left, then you've seen where I work.

There have been numerous fundraisers and benefits to help the people affected by this tragic event, including one that I had the honor to work, AC2 - An Intimate Evening with Anderson Cooper & Andy Cohen. A whopping $240,000 was raised for the OneOrlando Fund and both gentlemen were so gracious and kind during the after show private meet and greet event. 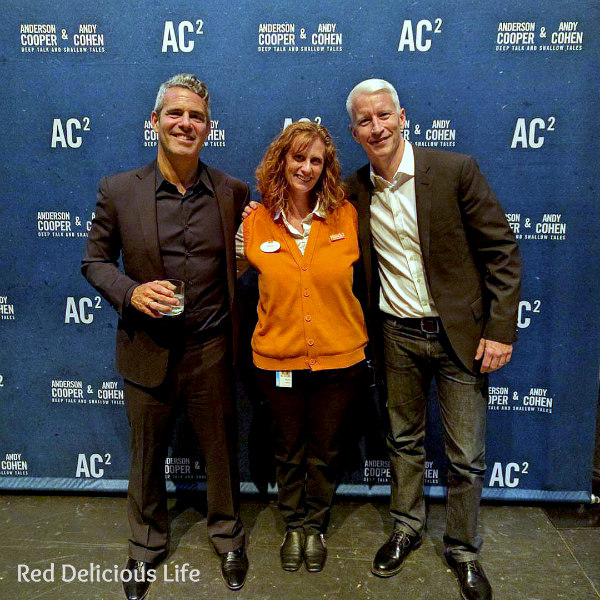 While it seems like the rest of the world has moved on to the next tragedy, and it's so sad to know that there are so many other tragic events that have already taken place, here in Orlando we're still trying to heal. But it is happening, one day at a time.